Where did the Huguenots settle in Ireland?

Approximately 5000 French Huguenots came to live in Ireland. The largest Huguenot settlements in Ireland were in Dublin and Cork. Other sizeable communities were in Carlow, Kilkenny, Waterford, Lisburn in Co. Antrim and Portarlington, in Co. Laois. Some also settled in Wexford, Clare, Limerick, Sligo, Clonmel and Carrick-on-Suir in Co. Tipperary, Dundalk in Co. Louth, Innishannon and Youghal in Co. Cork; Castleblaney in Co. Monaghan and Killeshandra, Co. Cavan.

Of course the descendants of the original French Huguenot refugees are now to be found in all counties in Ireland. Many more of the Huguenots later moved on from Ireland to Europe, the USA, Canada, Asia, Africa and Australia. The descendants of these Irish emigrants are now also returning to Ireland to trace the history of their French Huguenot ancestors who once lived here. 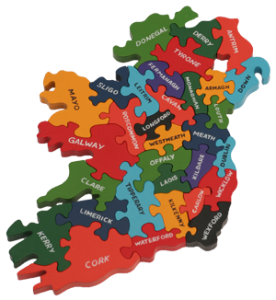